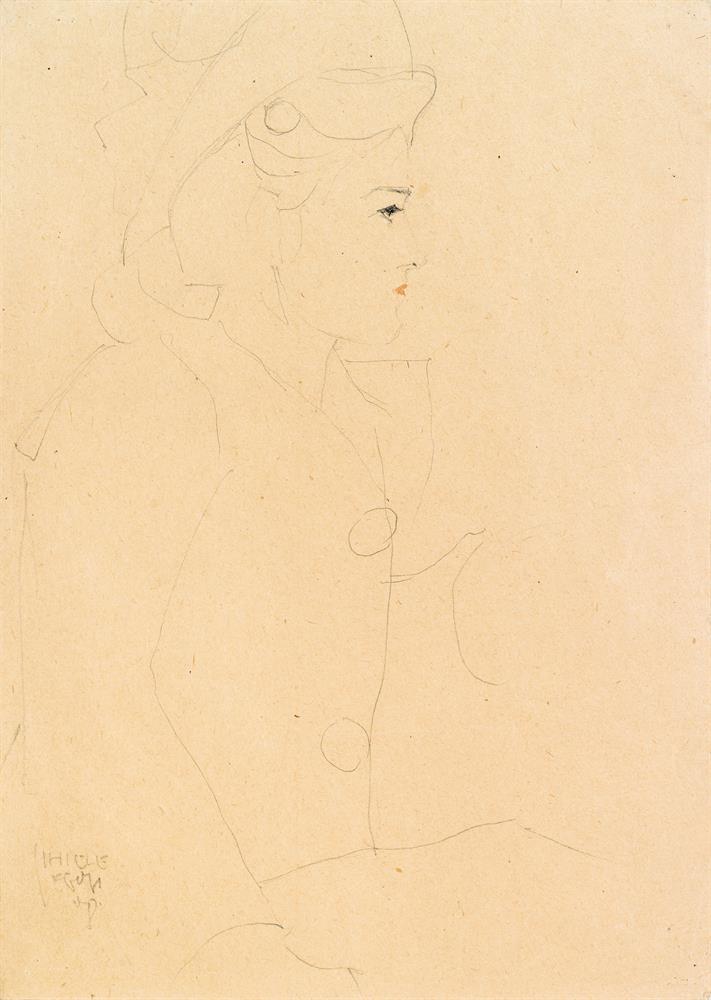 Young Girl in Profile, with Hat

Red crayon and pencil on paper

Egon Schiele’s talent for drawing was noticed very early on - according to his mother he was 18 months old when he started wielding a pencil. Throughout his career he had a penchant for portraits, finding his subjects amongst his family, for instance his sister Gertrude, and friends. His models were mostly quotidian women. The drawing “Young Girl in Profile, with Hat” was created while Schiele was studying at the Academy of Fine Art in Vienna. The academic nude drawings that were produced around 1907 focus on the conservative depiction of the human body while the artist’s later works possess a far more erogenous aura.
This drawing from 1908 presents a portrait which is still strongly indebted to academic tradition. However, some characteristics already point towards Schiele later works. Disconnected from any spatial context the girl is shown in profile, taking up almost the whole sheet. The girl is clad in a jacket with large buttons and an impressive hat. Delicately, Schiele highlighted the lips in red and the eyes in black. His great talent of rendering his models with few precise lines is already visible in this early drawing.